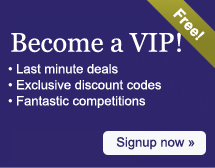 Luxury Boutique Hotels in the Midlands

The Midlands, or the English Midlands, is the traditional name for the area comprising central England that broadly corresponds to the early medieval Kingdom of Mercia.
It borders Southern England, Northern England, East Anglia and Wales. Its largest city is Birmingham, and it was an important location for the Industrial Revolution of the 18th and 19th centuries. The greater part of the area is now administered as the Government Office Regions of the West Midlands and East Midlands, though parts of the traditional Midlands are also in surrounding regions, namely Bedfordshire, Cambridgeshire and Peterborough, Oxfordshire, Gloucestershire and Northern Lincolnshire
There are many different cities and attractions within the Midlands, including; Birmingham, Chesterfield, Derby, Grantham, Leminton Spa and Walsall.
Below are the luxury boutique hotels in the Fine Individual collection that are located within the Midlands.

Brockencote Hall is a luxury country manor situated in the rural Worcestershire, and is a perfect base to explore the city.
More info »

Losehill House Hotel is luxury Country House hotel which sits in the middle of the villages of Hope, Castleton and Edale.
More info »

Rushton Hall is a magnificent Grade I Listed building situated on the western edge of the small village of Rushton.
More info »