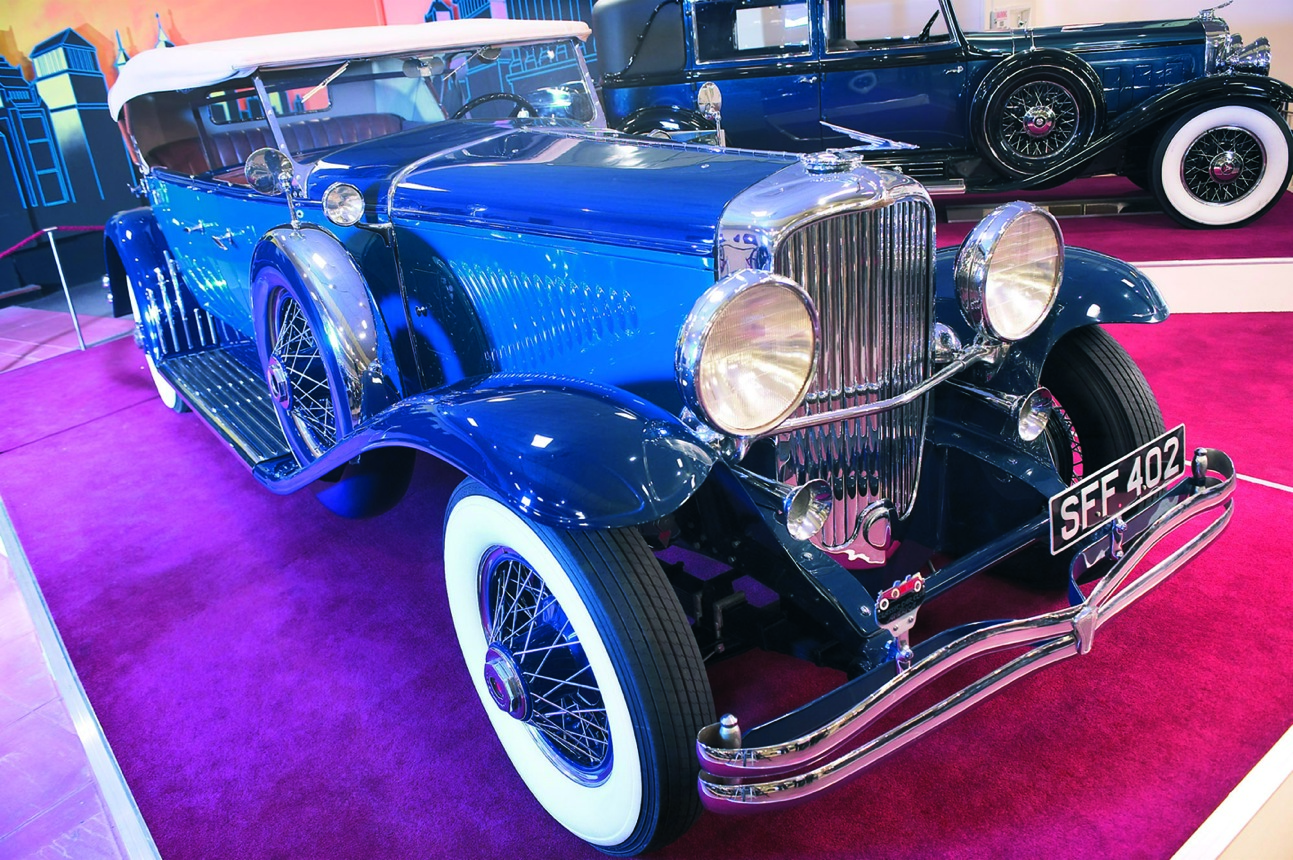 Terrified is a word that
springs to my mind. But it’s all in a day’s work for Mike Penn
who, for classic car enthusiasts at least, has one of the best jobs
in the world.

As curatorial director of
the Haynes International Motor Museum he is the man who has sourced
many of the 400-odd cars making up one of the country’s biggest
collections.
It’s
an eclectic mix ranging from humble bubblecars and Minis to the Model
T Ford, through ravishing red Ferraris, Astons and Bentleys, and
American monsters. These are headed by the star of the show – a
magnificent Gatsby-style 1936 Duesenberg convertible, resplendent in
two-tone blue with whitewall tyres and sparkling chrome wire wheels.
Mike flew to the States
to buy it in 1994 for the knock-down price of £500,000. Two years
ago a similar one sold at auction for more than $10 million.
That’s a helluva good
investment – but what’s it like to drive? “The ‘Duesy’ is
comfortable, the gearbox is a dream and it can reach almost 80 mph.
But with a car that’s 22ft long spatial awareness is paramount!”
he says.
Visitors to the museum in
Sparkford, near Yeovil, are limited to just viewing the mighty beast
which stands alongside another fine example of Jazz Age bling – a
cherry-red supercharged Auburn.
The museum is currently
undergoing £5 million-worth of expansion and improvement work due
for completion next summer. In the meantime it remains open to the
public and well worth a visit to deepest Somerset to drool over these
transports of delight.
If you intend to make a
weekend of it you can explore the glorious rural West Country
countryside from the comfort of country house hotels such as
The BridgeHouse at Beaminster, Dorset, or Howard’s House at Teffont
Evias, Wiltshire. Both are about a 40-minute drive from the museum.
And if you’re
interested in aircraft as well as classic cars, the Fleet Air Arm
Museum at Yeovilton is only eight minutes away from Haynes.
« View all blog articles.

Hurry for a Christmas discount in Dorset - Save £210 Each