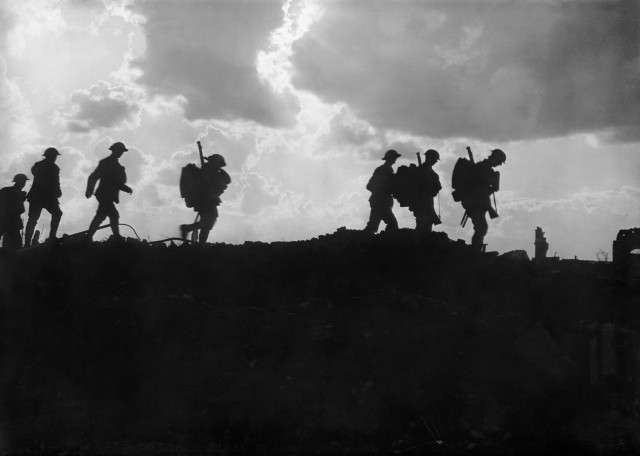 If you’re looking for somewhere to take the kids in London this summer that will fascinate and educate, put the Imperial War Museum on your shortlist.
Commemorating the centenary of the start of the Great War, the newly-opened First World War Galleries brings to life the horrors and deprivations – and the occasional humour – of life at The Front and back in Blighty.
Visitors of all ages will probably learn more in a few hours at this stunning £40 million exhibition than from days spent wading through the history books.
The museum sets out to show how the war started, why it continued, how the Allies won and its global impact. More than 1,300 objects are on display, many for the first time. They range from weapons, uniforms and equipment to diaries, letters, keepsakes and trinkets, photographs, film and art.
When I visited, youngsters seemed particularly thrilled by the recreated front-line trench with the Sopwith Camel fighter plane and a Mark V tank looming above them. There is plenty of quite touching personal memorabilia, such as letters from soldiers to their loved ones. I also liked the note sent by nine-year-old Alfie Knight to Field Marshall Lord Kitchener, no less. Brave little Alfie pleaded to allow him to enlist as he “can ride jolly quick on my bicycle and am a good shot with a revolver.”
Also worth seeing at IWM London is Truth and Memory, the largest exhibition of British First World War art for almost 100 years. Paintings include works by eminent artists such as Paul Nash, Percy Wyndham Lewis and Stanley Spencer.
Outside the capital, a full programme of First World War commemorative events are being staged nationwide. IWM North in Manchester, for example, has a major new exhibition called ‘From street to trench: a world war that shaped a region’. The museum also has live performances and art displays.
IWM Duxford, near Cambridge, looks at the war in the air. Developed as an airfield to train wartime pilots, Duxford is staging special tours in addition to its annual Air Show (September 13/14) where WWI aircraft will be on display.
Two useful websites are www.iwm.org.uk and www.1914.org, which is a comprehensive nationwide listing of centenary events big and small.
Among these regional events are Lancashire’s museums which are staging themed exhibitions such as ‘Somewhere in France’ and ‘Outbreak 1914’ at Preston’s Museum of Lancashire and ‘War! 1914’ at Lancaster City Museum. Gibbon Bridge, in the Forest of Bowland, is a country house hotel in a beautiful location ideal for visiting Lancashire’s special events.
The Lake District is especially popular at this time of year and families interested in this picturesque region’s Great War history can learn what life was like in a grand country house at Dalemain Mansion and historic gardens in Penrith. The local regiment, the Westmorland and Cumberland Yeomanry, features prominently at Dalemain, which is within easy reach for guests at Linthwaite House Hotel in Windermere.
« View all blog articles.

Receive the Fine Individual direct to your inbox, every Tuesday
Posting....